Arabot robot is my graduation project (BSc thesis) from Cairo University Electrical Communications Engineering department in 2010. The team was composed of 5 colleagues and friends; Hany Ahmed, Mahmoud Sami, Mostafa Khattab, and Mahmoud Serag. I wanted to share some pics and videos with you here :)

We have developed a robot waiter that serves the customers of restaurants and hotels; it understands Arabic speech (continuous speech) and interacts with the customers and the kitchen-man by listening to their orders. It moves around the place, chatting with customers, taking orders, delivering it, and sending text orders to the chef’s PC wirelessly in a fully-automated way. It also has a user interface which enables the customization of its behavior, look and technical parameters (even the color of the LED's on Arabot chest). The robot is fully designed and built by us. 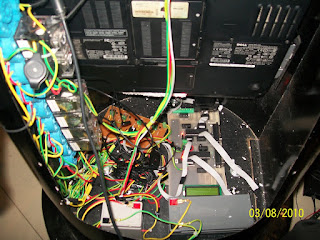 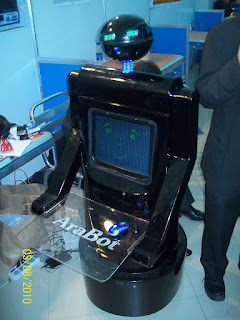 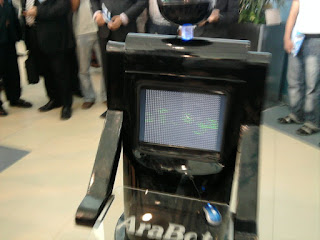 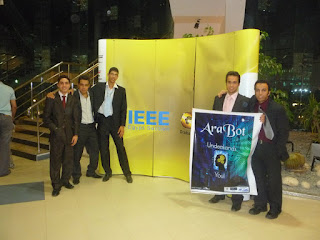 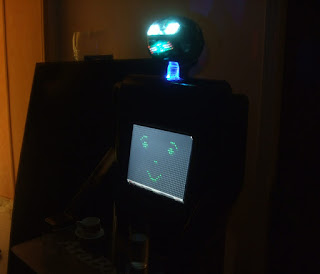 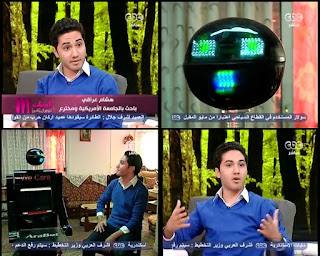 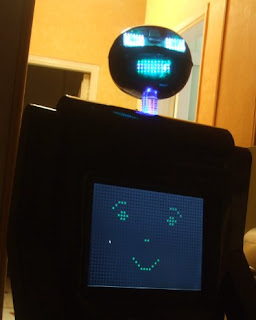 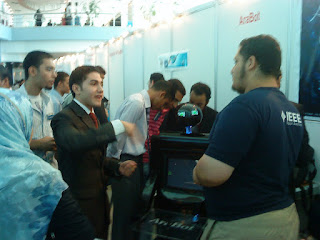 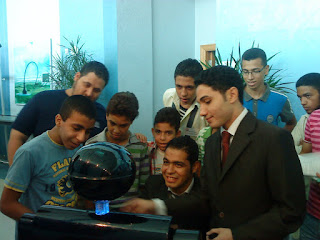 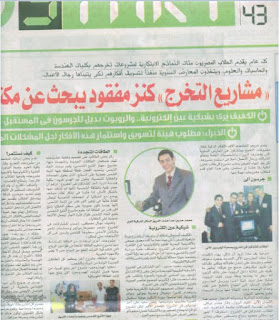 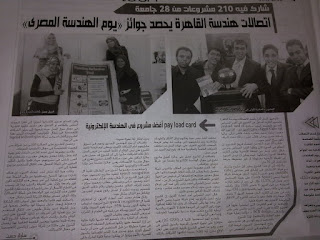 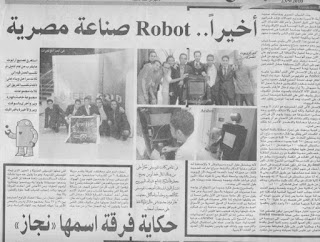 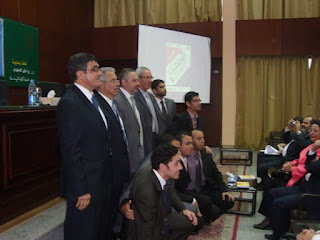